Artwork is Being Stolen and Sold as NFTs: What Can We Do?

Home » All Posts » Artwork is Being Stolen and Sold as NFTs: What Can We Do?

NFTs are not only the trendiest thing in the world of blockchain, but they are also permeating the worlds of art and pop culture. Jack Dorsey’s first tweet was sold as an NFT for millions of dollars, renowned auction houses like Christie’s are selling NFTs, and Paris Hilton recently made a video describing what they are. Furthermore, digital artist Beeple made the headlines when he sold one of his NFTs for a whopping $69 million. In simple terms, NFTs have been making headlines. 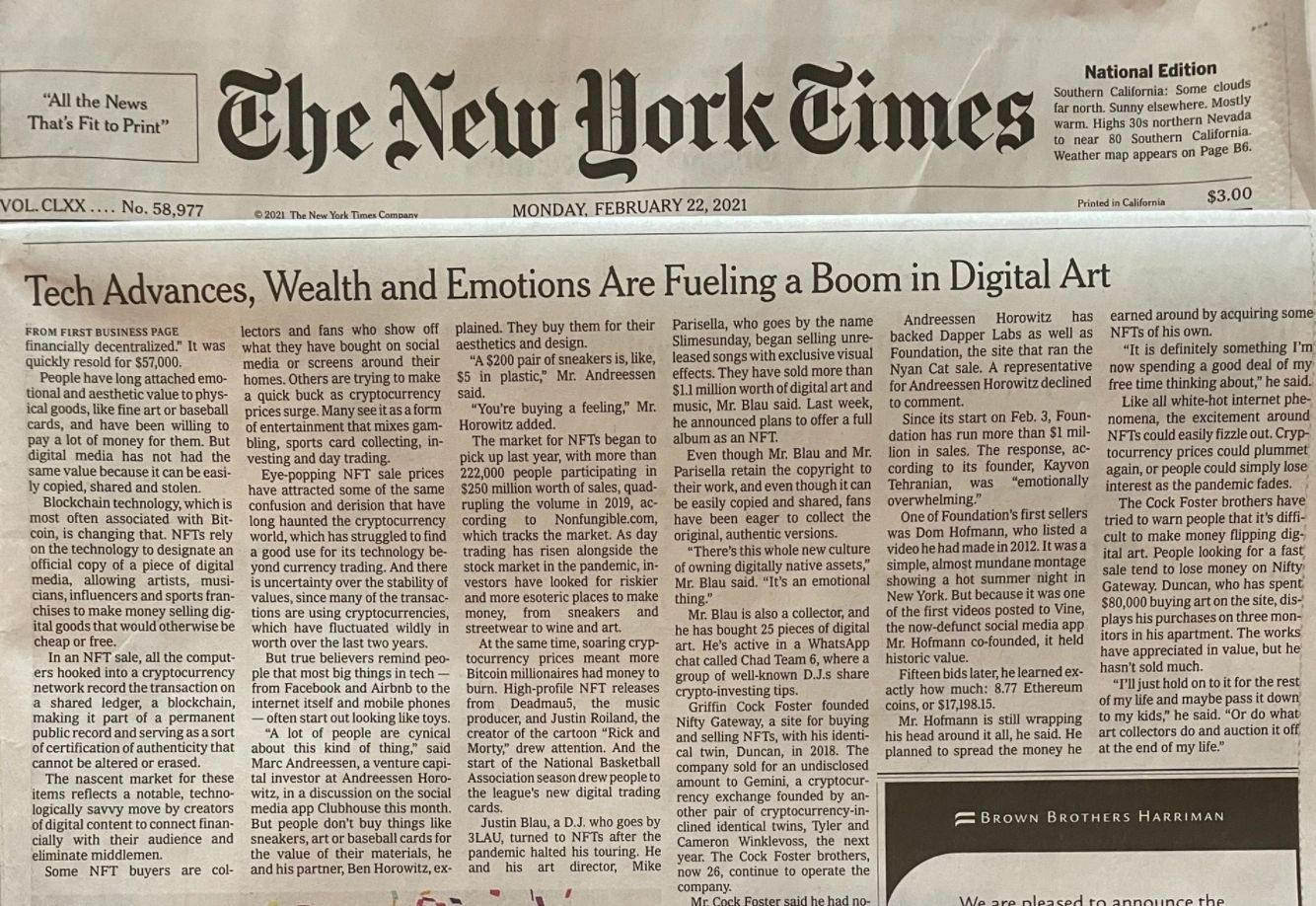 On the surface, NFTs appear to be excellent news for artists; they can simply sell their work online, and fans may have what they consider personal access to pop-cultural history. In recent months, this new obsession has been accompanied by a whole new issue: art theft, which NFTs are aiding.

How do NFTs and Art work?

NFT is an abbreviation for Non-Fungible Token, a digital certificate of ownership of a digital asset. Due to the fact that they are recorded across several blockchains, the ownership information is always available. NFTs have become a popular method for digital artists to sell their work online, and many of them have gone on to earn millions of dollars as a result.

NFT usage is not restricted to the art world, as everyone from Grimes to Kings of Leon has used NFTs to release personal pictures and even an entire music album.

How can Art be stolen with NFT?

At first look, NFTs appear to be a fantastic opportunity for artists. Work ownership may be easily transferred, and digital artists, in particular, can receive money for their labor. However, with the growth of NFTs, a new issue is seen: art theft.

The blockchain market is, by definition, decentralized, which means that almost anybody may join, but it is also less controlled. A lot of artists have spoken out about their digital art being tokenized and sold without their permission. There is even a website that allows tweets to be tokenized and then sold.

RJ Palmer, an American artist, recently spoke out after discovering that his work had been tokenized and sold without his consent as early as 2018. In a Twitter thread, he called out a Twitter account that enabled messages to be tokenized without the owner’s permission.

“Cool new scam artists should be aware of. Any rando can now turn your tweet and, by extension, your artwork into an NFT by tagging this account @/tokenizedtweets,” he said.

Another digital artist named Qing Han, who passed away in February 2020, also fell victim to these art thieves. A year after her death, it was reported that someone was stealing Han’s identity and artwork to mint NFTs.

What can we do?

Technically, anybody can tokenize anything, leaving artists and other creators powerless – to stop it. Many of these marketplaces utilize anonymous users, making it very hard to determine who sold and who acquired an NFT. However, there may be certain protocols that artists, fans, and NFT markets may follow to address this issue.

To begin, artists may wish to tokenize their work as soon as it is completed. There are no two NFTs that are the same, and the first NFT of a piece of art has considerably greater market value than anything created after that. After that, artists could include a disclaimer linked to the original NFT when their art is distributed on their websites or across social media, advising fans against purchasing from any other source.

To prevent purchasing unlicensed NFTs, fans can be educated about the dangers of purchasing NFTs of their favorite artists from untrustworthy sites. NFT markets can also have verification mechanisms requiring evidence of artwork ownership before allowing it to be sold.

We should expect more popular and verifiable NFT markets to emerge, with prominent artists launching their works, and they will gradually suffocate the shadier and less transparent sites. It needs to be noted that, as the market grows, artists and their management will need to put safeguards in place to secure their work. More intellectual property regulations are also likely to be enacted to address the issue.

Art stolen and sold as NFTs may not be entirely eradicated, but we hope that the market will react to limit it to the greatest extent feasible.