Sometime later in the year, Ethereum will finally make its move toward the upgraded Ethereum 2.0 version of itself. And the crypto world is optimistically anticipating this ‘Merge.’ For quite some time, Ethereum has been facing the heat online due to its high gas fees and low transaction throughput.

Ethereum hosts over 3000 apps on its network. The massive traffic and congestion have caused severe scalability issues for the network, causing many dApp developers to migrate elsewhere. While the world stands at the cusp of a decentralized internet era, Ethereum, which was expected to take the lead, continues to tackle these issues.

While developers continually bring upgrades to the network, one upgrade that is expected to change Ethereum’s fortunes is the Merge. We already witnessed the London Hard fork in August last year and multiple other upgrades, which were a precursor to the mega upgrade. Before we discuss how the Merge can make or break ETH, let’s first discuss what is exactly going to happen under the umbrella term ‘Merge’.

What’s Ethereum Merge all About?

In order to make Ethereum more compatible to handle real-world applications and even greater traffic, this upgrade is necessitated and has been long-awaited. Ethereum currently uses the energy-intensive Proof-of-Work (PoW) consensus mechanism in which the participating nodes compete to solve a complex math problem to generate cryptographic hashes. By design, PoW is highly inefficient and energy-consuming. Ethereum Merge will involve shifting to Proof-of-Stake (PoS) mechanism, which is much more energy-efficient and quick. Under staking, users pledge their tokens which are then used in the verification process. 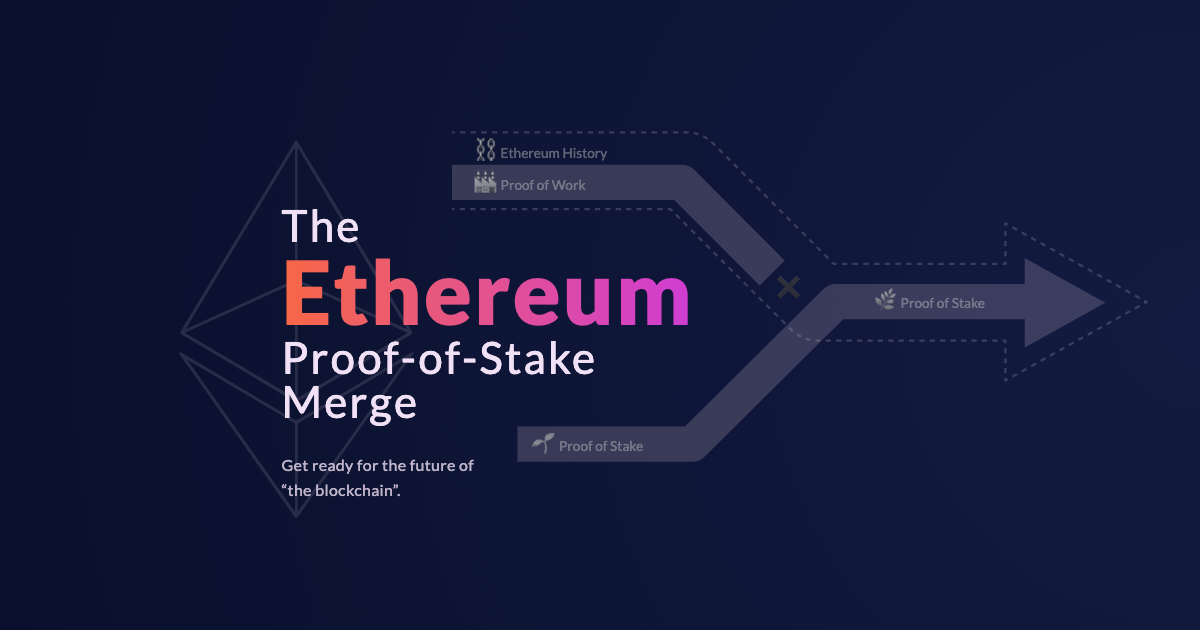 Merge will also involve a set of L1 and L2 scaling solutions assisting Ethereum Mainnet. Next, Ethereum will adopt sharding, where the data verification tasks will be broken and distributed among different sets of nodes, thereby allowing parallel processing. The Merge will also involve the launch of the Beacon chain, which will run parallel to ETH’s Mainnet first, followed by the gradual migration of Ethereum to the Beacon Chain and the shift to PoS consensus.

“There’s never been, in the history of blockchain networks, a change on the scale of Ethereum’s transition from proof of work to proof of stake.”

Here’s what all the stakeholders in the Ethereum Network might get with Ethereum 2.0:

Developers: The Merge will have a much broader impact on the entire Defi ecosystem, of which Ethereum is a major part. From platforms like MATIC to coins like Shib, MANA, etc., Ethereum’s scale of operations is vast and includes countless NFTs and DAOs currently hosted on its network. Once the transition occurs smoothly, the DeFi community has a huge thing to celebrate. The costs will become more economical, transaction speed will radically improve, and their apps will be able to scale as per user demands. Ethereum’s value boost will also have direct implications for Layer 2 applications that subsist on it.

Token holders: The ETH holders will benefit from the merge as the Merge will cause a large amount of ETH tokens to be burned. The burning mechanism will cause the ETH value to appreciate. Once mining is replaced by staking, the number of coins issued as rewards for ordering transactions can decline by 50-90%, given that staking entails lower rewards than mining.

Stakers: In the coming years, the amount of ether staked may increase from 8% to 80%, causing the total ETH coins in circulation to decline and causing an upward push in its value. While stakers will be able to use the Ether they get as rewards, the Ether they staked won’t be available for ordering transactions before six months. Stakers will receive staking yields of about 10-15%.

The Green Investors: The Merge brings good news for investors who had previously shied away from investing in Ethereum due to it being energy-intensive. The shift to PoS is expected to reduce ETH’s energy consumption by up to 99%. The need for server farms and energy-intensive mining equipment will also go. Ethereum 2.0 will lower the carbon emissions to 0.07 kilogram per transaction, making Ethereum 17,000 times better than Bitcoin.

“I expect that freeing ourselves from the negatives of proof of work will definitely help make applications like DeFi and NFTs much more socially acceptable, leading to significantly accelerated adoption.”

Ethereum Token: Most experts feel that Ether is undervalued and its prices will explode post the Merge. As the supply of Ether tokens declines, there are chances for Ethereum to become a good store of value like Bitcoin in the coming years. Bloomberg Intelligence report predicts ETH prices will remain in the $4000-$4,500  price bracket this year. The biggest claim has been made by Coinpedia, which says that ETH’s most bearish outlook would be $4,890 while the most bullish outlook will touch $10,870.

“FOMO (fear of missing out) is kicking for ETH pre-merge.”

What can probably go wrong with the ETH Merge?

There is a strong expectation that crypto exchanges may pause ETH withdrawals, and Defi apps hosted over ETH might also pause as a precaution. That’s a necessary caution required for tech-related upgrades. But here’s what possibly can go wrong with the Merge:

Analysts predict that if the ETH Merge doesn’t go as planned, ETH might land in some deep water, impacting the crypto market and investors. Besides the software bugs or vulnerabilities that could mar ETH’s chances, the first misgiving concerns the fear of destabilization of the ETH ecosystem.

Instead of waiting to collect the last bits of mining rewards, many miners might consider selling their mining equipment and quit the network well before the Merge happens. If this happens, the drop in the mining power might cause Ethereum’s security to weaken, ultimately impacting the Ether token and the thousands of apps on its network.

The core developers have planned for this case scenario. If there is a drop in the hash rate, the Merge would be postponed.  “All the software is built with an emergency option,” says Tim Beiko, a computer scientist coordinating Ethereum developers.

Another possible case scenario for Ethereum post the Merge could be the PoS and PoW chains running parallel to each other. What does this imply? Some miners may continue to support the PoW consensus and choose to fork Ethereum, thereby creating two different versions. Experts feel there’s a strong possibility that the PoW and the PoS consensus will coexist for a period of time after the switch. This might confuse users as they might not know which ETH chain they are trading. This might also mean some extra work for the dApp developers or, in worst-case scenarios, their total departure from the ETH network.

The parallel run will be necessitated for some time post the merge, as the sudden shutdown of Ethereum’s PoW chain will shock the miners, who will then have to scramble to find other uses for their equipment. The miners will migrate to other chains causing their hash rate to swell by 5-10x in a matter of a few hours.

There are also chances of miners not getting notified of the Merge as the major information flow about the Merge is being conducted on Ethereum’s Discord and Telegram channels, of which the miners aren’t aware. Despite being in the loop, the Merge is not coming anytime soon for many miners. The skepticism is widespread because the PoS shift has already been delayed for five years now.

Ethereum has witnessed a surge in daily active addresses since November 2021, when its network fees dropped by over 90%. There has been a rise in on-chain activity, and around $30.5 billion in value is settled every day on the Ethereum network. On the other hand, Bitcoin continues to suffer from scalability and speed issues. The Merge holds great significance for the largest growing network in the crypto world and all its users. Whether Ethereum topples Bitcoin and moves ahead or topples over its own head will depend on the Merge. Let’s keep our fingers crossed!