ATOM – The Next Explosive Bet

Home » All Posts » ATOM – The Next Explosive Bet What are your thoughts on the most significant cryptocurrencies? Because it can store and transmit money in a trustless manner, you may have said Bitcoin. You might also mention Ethereum (ETH) because it is the world computer that will power the future decentralized internet. You might even say Chainlink (LINK) because it is the data oracle that provides real-world utility to blockchain applications.

However,  it is (highly) likely that you will overlook Cosmos (ATOM), a cryptocurrency project that is quickly becoming the backbone for interoperability among all cryptocurrency blockchains. Not only that but the Cosmos SDK was used to create some of the largest cryptocurrencies by market size, including BNB and Terra (LUNA).

In a world where thousands of blockchains now exist, with new projects emerging every day, interoperability is the only way for the crypto industry to attain adoption at a global level. The main goal of Cosmos is to tackle the lack of interoperability in the market.

What is Cosmos, and how is it revolutionizing the crypto industry?

Cosmos, dubbed as the “Internet of blockchains” by its founding team, intends to build a community of crypto networks linked together via open-source technologies that streamline transactions across them. This emphasis on customizability and interoperability distinguishes Cosmos from other projects.

Instead of focusing on its own network, the company’s objective is to create an ecosystem of networks that can transfer data and tokens automatically, with no central entity enabling the activity.

The Cosmos Hub is a proof-of-stake blockchain that is powered by the ATOM cryptocurrency. Each new independent blockchain established within Cosmos (referred to as a “zone”) is then connected to the Cosmos Hub, which keeps track of each zone’s state and vice versa.

Cosmos creator Jae Kwon created Tendermint, a unique Proof of Stake (PoS) consensus mechanism, to aid in the construction of new blockchains. Tendermint blockchains are regarded as some of the most secure and scalable blockchains in the cryptocurrency industry. They can process up to 10,000 transactions per second and keep running even if one-third of the validator nodes are unavailable or attempting to corrupt the network. Not only that, but Tendermint enables the creation of customised, secure, and scalable blockchains from the bottom up in weeks rather than years.

The Cosmos team has also created the Cosmos software development kit (SDK), which allows developers to create blockchains based on the Tendermint consensus algorithm. The SDK reduces complexity by providing the most common functionality found in blockchains (i.e., staking, governance, tokens). Developers may create plugins to offer any extra functionality they choose.

The Cosmos ecosystem is built on three levels to interconnect the whole blockchain industry. The application layer is the initial layer. This layer is responsible for transaction processing. It is also the protocol in charge of monitoring the network’s condition. The second layer of the blockchain is networking. This is the layer that allows different blockchains to communicate with one another. Using this approach, multiple blockchains with entirely distinct technology, consensus processes, and objectives can utilize each other’s services.

The Consensus Protocol is the very last layer. Cosmos makes use of the Tendermint BFT engine. This mechanism protects the network and allows nodes to keep up to date. The protocol is specifically responsible for validating transactions and adding blocks to the blockchain.

The Tendermint BFT PoS governance method is a form of proof-of-stake (PoS). As a result, network users serve as validators. When users stake their cryptocurrency on Cosmos, they get incentives. Staking is a phrase used to describe the act of putting away a certain quantity of cryptocurrency in a network wallet in exchange for incentives. Staking is one of the most popular features in the market right now due to its minimal risk in comparison to trading. 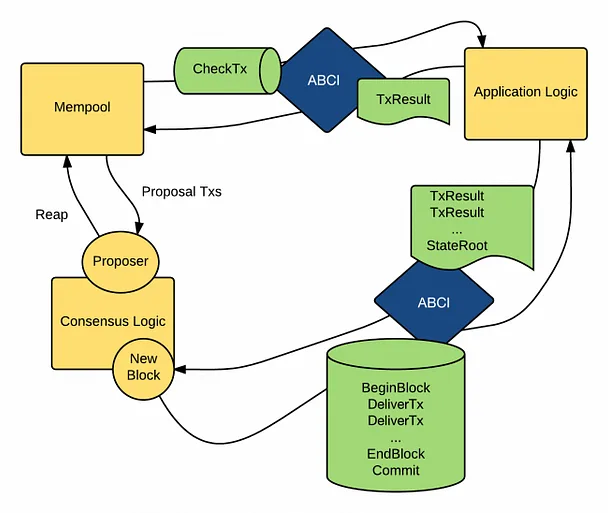 The crypto ecosystem seems incomplete without Cosmos. The industry as a whole must strive to come together to attain the next plateau of mainstream acceptance—every side benefits by working together. Users and developers all prosper when they’re part of a community.

Blockchain firms also have the advantage of controlling the narrative of the sector. The days of labelling cryptocurrency as exclusively being utilized by criminals are now gone. Cryptocurrencies have transformed the global financial system to make it more efficient. Cosmos contributes to ensuring that the whole sector could benefit from technological developments. People are interested in ATOM for all the reasons mentioned above, making it one of the next explosive bets. What does the Crypto Industry expect from the Indian Union Budget of 2023?