Why are Ethereum Rock Jpegs selling for 600k USD?

Home » All Posts » Why are Ethereum Rock Jpegs selling for 600k USD? $608,000 for a digital picture of a rock, it must sound completely wild to a human ear, yet one crude digital art from EtherRocks NFT project sold just for that.

Now sellers demand even more for these appealing JPEGs. The cheapest rock available for sale is now priced at $1 million. Just a few days before this announcement, the cheapest rock was for $305k, and two weeks before that, for $100k.

The person who bought the recent cheapest rock could have sold it for $400k given today’s market rate.

So the big question is – why are these seemingly dull illustrations selling for such a massive price? Why are they so unique?

Let us answer these questions for you.

What are these rocks exactly? 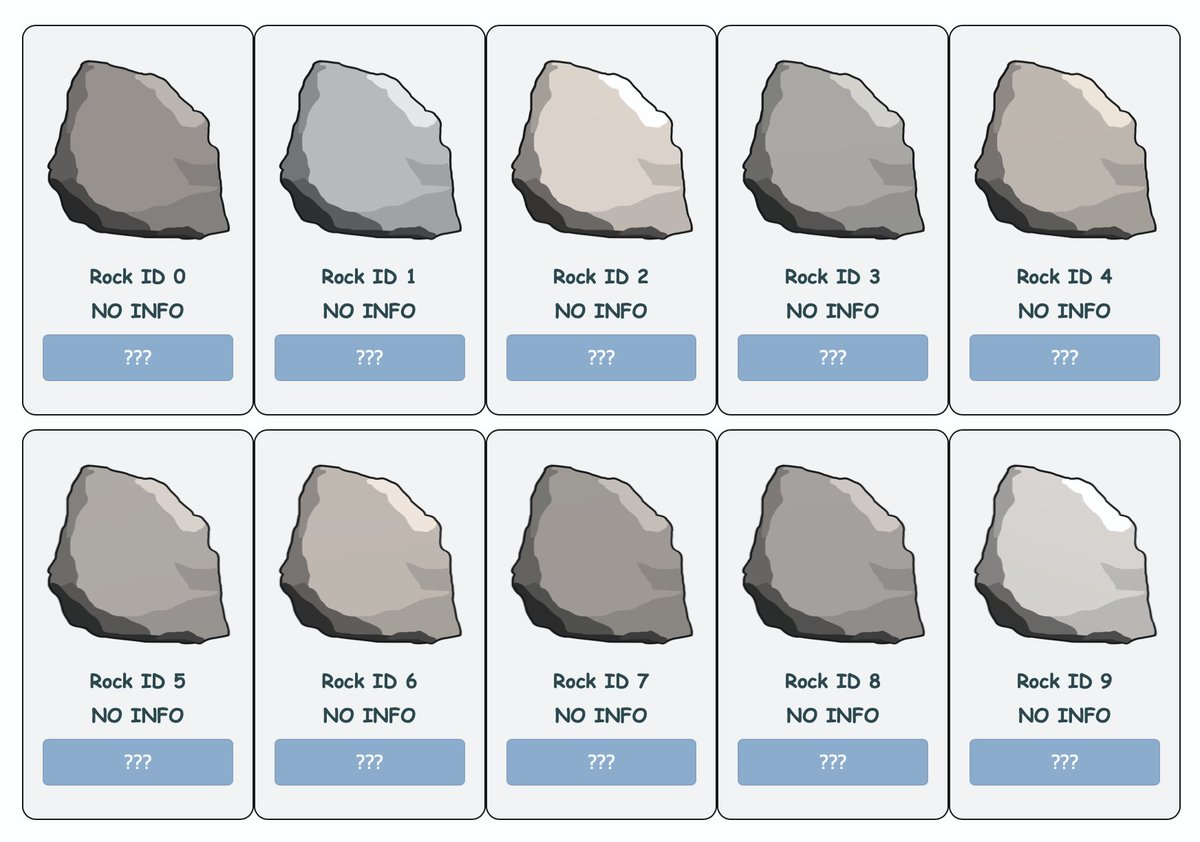 The rocks are not just any rocks. They are NFTs or non-fungible tokens, which are blockchain-based tokens that contain ownership rights of such digital items, such as images, videos, music, art, or physical assets.

There are 100 EtherRocks that were created in 2017, 4 years ago, a long time for an NFT project. The digital pictures were taken from an art database inspired by the Pet rock toy craze in the 1970s.

All these rocks look identical, but some of them are colored differently. For example, EtherRock 55, a rock sold for $409k on 21 August 2021, is only one of four blue rocks.

The sale of this rock led to a spike in trading of such NFTs. 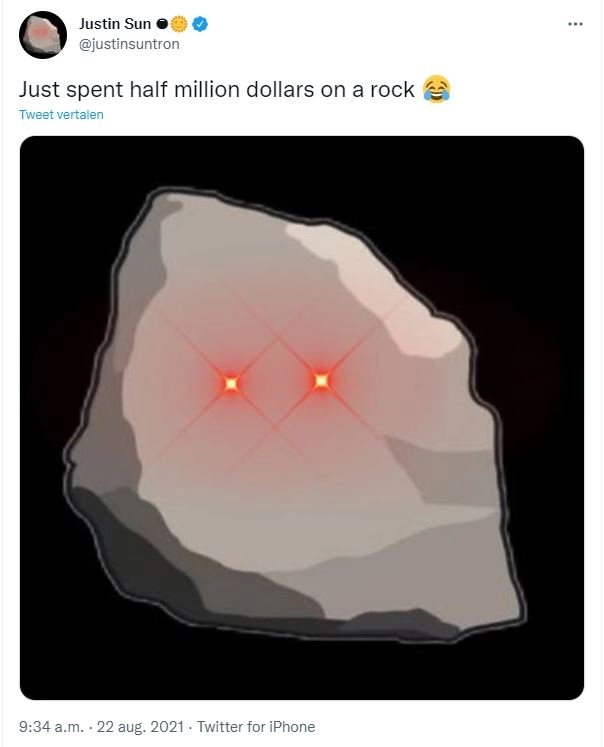 Justin Sun, CEO of BitTorrent and founder of TRON Foundation, infamous for his flashy spending habits, said in a tweet that he bought an NFT rock for half a million dollars on 22 August 2021. He didn’t say which one exactly, but an EtherRocks Twitter bot confirmed a sale of such a rock for $580k just two hours before his tweet.

But why are people buying these rocks in the first place?

It’s because they are part of something called NFT Collectibles.

Now you might again be confused. Let us elaborate.

What are NFT Collectibles & Why are they so unique?

As you already know that NFTs are digital assets that use Blockchain to store owner’s rights into it. Such assets are bought and sold every day using digital currencies like Bitcoin and Ethereum in the crypto market.

Unlike most digital content like pictures and videos that are available for downloads and copies multiple times, these NFTs are one of a kind. Much like a biometric print, no two NFTS are the same. This makes the creation and distribution of fake NFTs extremely difficult. So, the NFTs cannot be exchanged with another like cryptocurrencies. Also, people who buy NFTs get certificates secured with blockchain technology.

That is why they are so valuable and collected so vehemently. They are currently the most powerful narrative in the blockchain space.

Cases of the major NFT sales 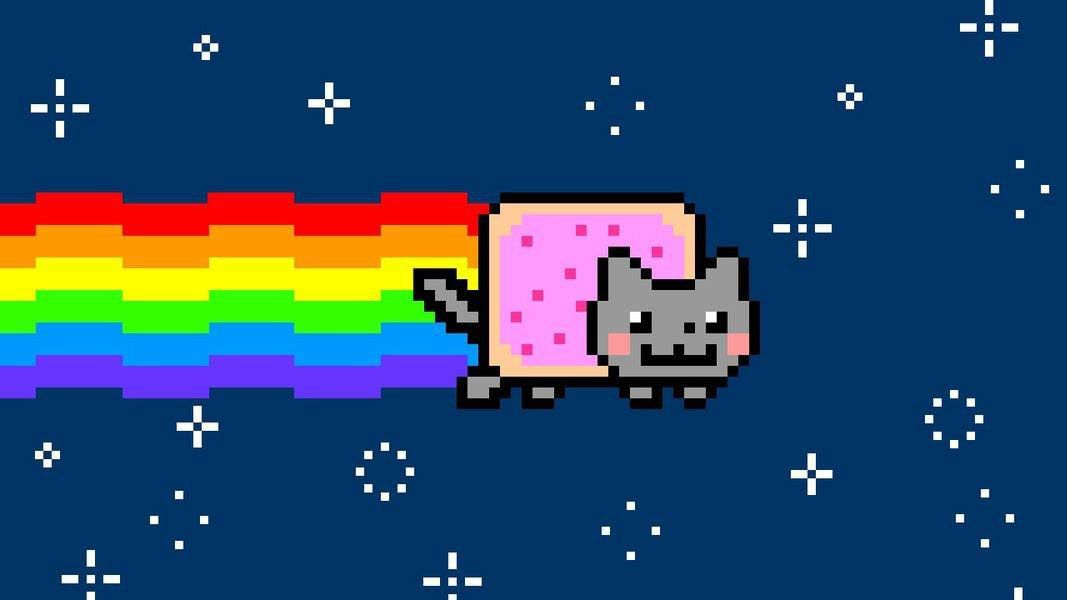 NFTs have turned into a humongous trend this year, similar to DeFi in 2020. These collectibles being one of a kind offer a “flexing” tool for millennials and enthusiasts to show how rare of an item they have.

Some of the most famous cases that showed how crazy the NFT market is are as follows:

In July, a Nintendo Super Mario 64 classic cartridge sold for a whopping $1.56 million dollars, setting a world record at that auction.

Jack Dorsey, Twitter CEO, sold his first tweet as an NFT for $2.9 million via an auction platform Valuables.

The first-ever NFT was auctioned in June this year for $1.47 million dollars, and the same auction sold the famous CryptoPunk, a pixelated digital figure, for a massive $11.7 million dollars. 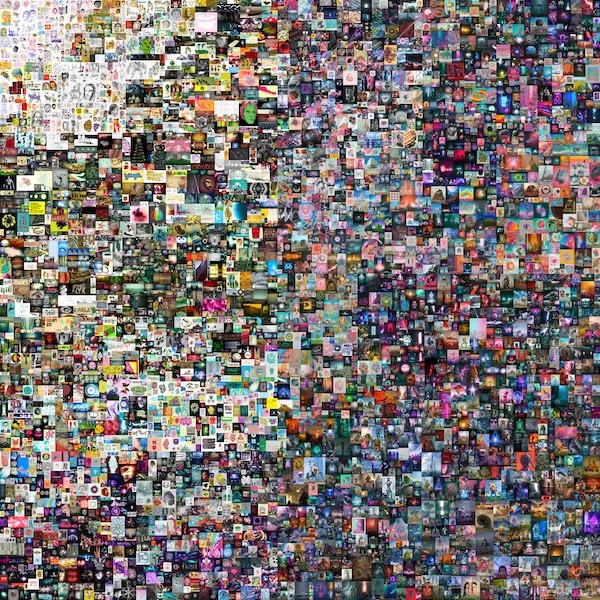 Another case of such massive sale is by Beeple, a digital artist, who sold a JPEG file for $69 million dollars at Christie’s auction house, a famous first-of-its-kind auction.

Such cases of NFT mania are a testament to how massive the demand is, and the crypto market seems to be all for it. 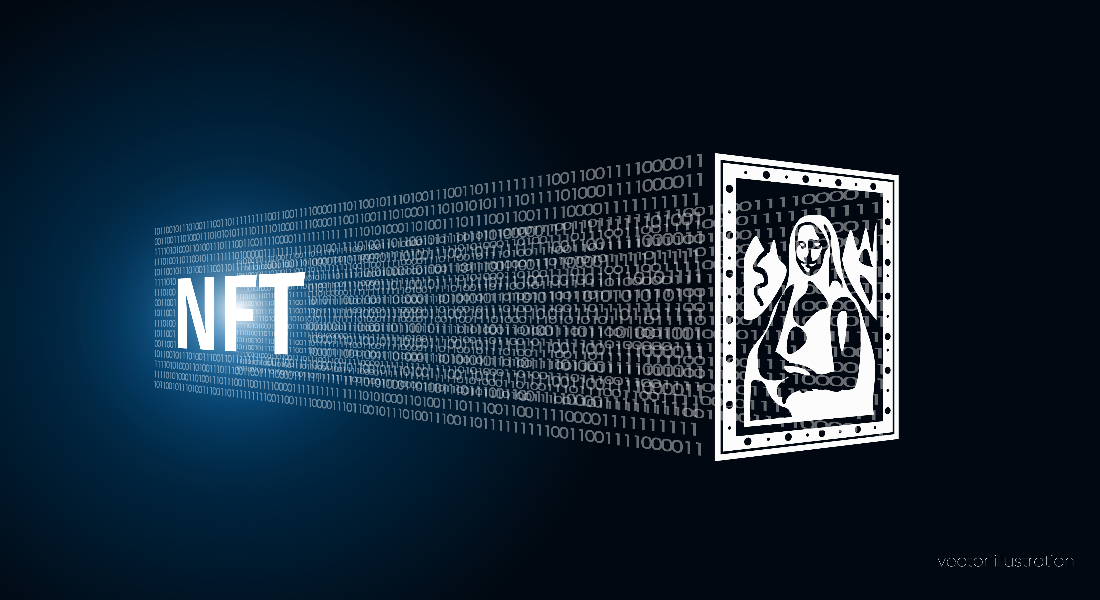 According to some enthusiasts, NFTs hold the key to the door of complete ownership of an item by the buyer and also full monetization from the creator for creating the said item. This removes all the need for any middlemen to solve the transaction and distribution process and give back control to the creators, and secure rights for the buyer.

For instance, Kings of Leon, a famous American Rock Bang, generated $2 million dollars of sales by putting their new album as an NFT. This creates potentially a new revolution in the market of music and many more.

There is no doubt that the popularity of NFTs is at an all-time high. But will this trend continue or will it crash and burn according to Crypto theorists? Read this article about the future of NFTs and it’s potential for being a future store of value.

Want to join this trend of NFTs and mint your own one? Check out this list of things you need to know before minting your first NFT.

Also, get started with NFTs by learning how to create an account on WazirX NFT Marketplace. Top 5 Cryptocurrencies to Buy in India in November 2021