Why is Polygon so Hyped?

Home » All Posts » Why is Polygon so Hyped? In 2021, Polygon, formerly Matic, emerged as one of the most promising digital assets. Among the crypto-savvy Redditors, many feel that MATIC is an excellent cryptocurrency with the potential to rise much more in the future. In fact, the project has even drawn institutional attention and has seen a flurry of partnerships with major firms both within and beyond the cryptocurrency industry. Mostly, Ethereum advocates have been eyeing Polygon.

But what’s so special about Polygon? Why is it drawing the attention of the masses?

Polygon, formerly known as the Matic Network, is a framework for creating decentralized blockchain networks that are linked.

It utilizes a new sidechain approach to overcome some of Ethereum’s key shortcomings, including its throughput, poor user experience (high speed and delayed transactions), and lack of community control.

Matic Network used a technology called Plasma to process transactions off-chain before completing them on the Ethereum main chain. Polygon is meant to be a complete platform for establishing interoperable blockchains.

Developers may build pre-configured blockchain networks with customized characteristics using Polygon. The growing number of modules allow developers to build independent blockchains with specific functionalities. These may be further customized.

What does it do?

The easiest way to explain Polygon’s design is – a four-tier system made up of the Ethereum, security, Polygon networks, and execution layers.

Essentially, the Ethereum layer is a collection of Ethereum’s smart contracts developed on the network. Ethereum and the multiple Polygon chains can transact, stake, and communicate seamlessly using these smart contracts. With the security layer, chains may benefit from an added layer of security by using “validators as a service.” There is no requirement to use Ethereum or Security.

Following this, there are two required levels. The Polygon networks layer is the foundation for all other blockchain networks built atop Polygon. They individually have their own community and are in charge of generating blocks and establishing local consensus. The execution of a smart contract is handled by the Execution layer, which is Polygon’s version of the Ethereum Virtual Machine (EVM).

Chains deployed on Polygon can communicate with each other and also with Ethereum main chain. This is made possible due to Polygon’s message-passing features. This will allow a slew of new use-cases, including interoperable decentralized applications (dapps) and the simple exchange of wealth between platforms.

Supporters expect Polygon to build the foundation for a future in which multiple blockchains function not as closed-off silos and private communities but as networks that link together to form a larger connected environment.

Its long-term goal is to help create an open, borderless society in which consumers can engage with decentralized products and services without having to go via middlemen or walled gardens first. It seeks to provide a hub into which multiple blockchains can readily plug in, while also addressing some of their particular shortcomings, such as excessive fees, poor scalability, and inadequate security.

Polygon employs several different technologies in order to realize this enlarged vision, including the following ones:

POS Chain: The main chain of Polygon is actually an Ethereum sidechain known as the Matic POS Chain. This offers Polygon-based blockchains a proof-of-stake (POS) based security layer.

ZK-rollups: This alternative scaling method uses zero-knowledge proofs for the final public record on the Ethereum main chain to bundle many off-chain transactions into a single transaction.

Optimistic rollups: This is a blockchain-based system that enables near-instant transactions through the use of “fraud proofs.”

Polygon, as you may have observed, plans to include more than one scaling option in keeping with its goal of lowering entry barriers by aiming to keep transaction costs to a bare minimum. Polygon is hedging its risks by employing a multi-pronged strategy to scale in case any single scaling option fails to achieve its goal.

After rebranding itself from Matic to Polygon, the project has significantly expanded on it’s previous concepts. However, its utility token retained the name MATIC.

The MATIC token is utilized in the Polygon ecosystem for a number of reasons, including network governance via voting on Polygon Improvement Proposals (PIPs), contributing to security through staking, and paying gas fees.

Polygon is the latest project that is seeking to offer blockchain interoperability and scalability. It is intended to overcome some of the apparent constraints of interoperability projects like Polkadot and Cosmos.

For starters, it is compatible with the Ethereum Virtual Machine, making it accessible to people who are used to developing apps on Ethereum and programming in Solidity; Cosmos, on the other hand, employs a WASM-based virtual machine.

Furthermore, Polygon’s shared security architecture is optional. As such, autonomous platforms don’t have to give up any independence or flexibility for better security. Additionally, it promises to be sufficiently flexible to accommodate any scaling technique in addition to the current Plasma chains, ZK-rollups, and optimistic rollups.

Polygon’s scaling technology has already been put to work on a number of projects already. Some of the major names include the popular NFT-powered game Terra Viruta and the popular stablecoin Dai.

Because of Ethereum’s hefty gas prices, consumers have always looked at side chain solutions like Polygon. Polygon has near-zero gas prices, which has attracted small farmers and investors that had previously been priced out of ethereum. It has also made it an appealing alternative for the production of NFTs. It also allows app developers to obtain cheap costs and high speeds without having to rely on other networks.

Retail investors and traders aren’t the only ones going to Ethereum layer-2 solution protocol Polygon for decentralized finance (DeFi). Several institutions and DeFi whales have also been eyeing Polygon investments.

The project is also backed by billionaire investor Mark Cuban, the Dallas Mavericks NBA basketball team owner and one of the ‘sharks’ on Shark Tank’s reality TV show. The billionaire has already been assisting the startup by connecting the project with his portfolio applications.

More recently, the Swiss Post officially announced the upcoming launch of the “Swiss crypto stamp,” a digital collectible linked to a physical stamp issued by the postal service on the Polygon Blockchain.

Polygon’s flexibility to adapt to the demands of developers has helped it to become a market standard. Further crypto acceptance and Ethereum congestion should continue to push developers to execute the project. Its growing social media presence and availability on retail exchanges have broadened its appeal. Institutions and high-net-worth people are suddenly getting on board, creating a lot of buzz in the market. This should contribute to the project’s continued growth. 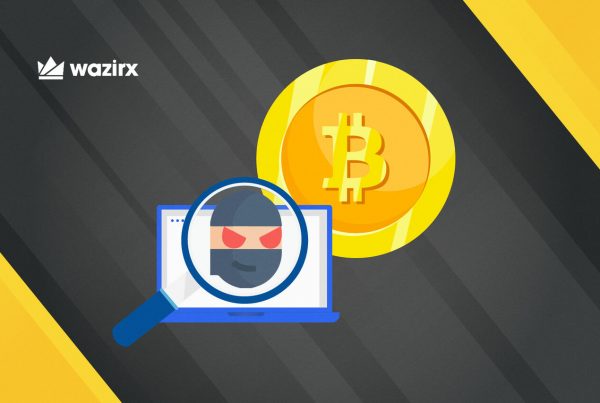